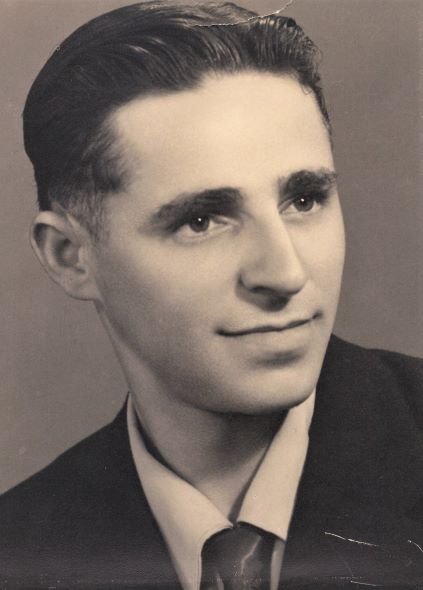 Our Social Media campaign and participation on Milénio, weekly Portuguese Newspaper in Toronto is bringing its fruits. More stories and artifacts have been coming to the Gallery. I share with you today the story of José de Faria, by his daughter, Elizabeth.

“José was born on July 18, 1927 in Rabo de Peixe, São Miguel. While he most certainly had a love of his homeland and its’ rural countryside, he immigrated to Canada with the dream of a better economic life for him and his pregnant wife (Maria Suzanna) who was left behind. Jose arrived at Pier 21 Halifax on March 27, 1954 on the SS Homeland. His wife and son arrived a year later by plane to Toronto.

José immediately went to work in the tobacco fields of Southwestern Ontario. Eventually, he settled with his growing family in Kensington Market, Toronto where he worked at many different jobs. While the transition to the new country was not an easy one, Jose was not afraid to work hard and usually held down two jobs. He worked at the Ontario Jockey Club (Greenwood and Woodbine Racetracks) and also Canadian Pacific Railway (Bay and Front).

Not a timid or shy man, José quickly learned to speak English and to converse with other fellow Canadians and to adapt to his new country. While he always maintained that “Canada was the best country in the world”, he also cherished the fond memories of Sao Miguel (saudades).

In 1968, he moved to the small suburb of Mississauga (only 22,000 population) where he enjoyed an oversized property where he and Suzanna could grow numerous vegetables. Along with a handful of other men, Jose established ‘Blue & White Taxi’. After less than 10 years, he sold his modest shares and set up his own limousine service “Prince Limousine”. Even after retiring from the Ontario Jockey Club, José enjoyed driving clients in his limousine which he did so up until he became ill with cancer in 1996.”