Why did the Portuguese choose Toronto? 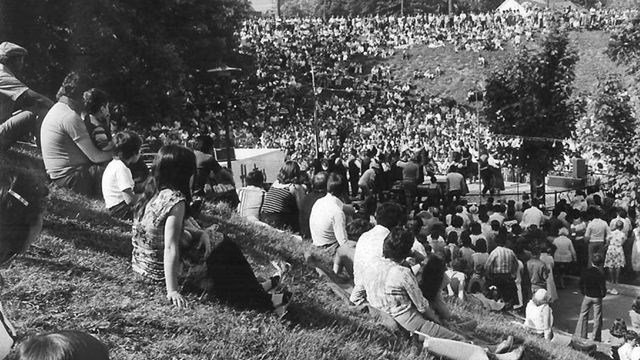 During the first major migration of the Portuguese, many men were given work in farms further up north in Canada. These men soon began to realize how secluded they felt from their friends and culture. However, this isn’t true for all of the early immigrants. In fact, many men aboard the Saturnia were given work within Toronto.

Once these men had built a stable life, they brought over their wives and children. These women, much like the men, began missing the home they left behind. From this longing, the community became closer and more determined to make Toronto feel like home. However, partly due to this, they faced many obstacles in finding work, especially since most had very little knowledge of English [1].  As a result, many establishments opened up to cater to the growing Portuguese community. One of the first establishments to be opened was a Portuguese restaurant called “Sousa’s Restaurant”, where many Portuguese people would meet [1]. Shortly after, Portuguese clubs, bakeries, flight agencies, doctors, lawyers, bankers, etc. began to pop up, making it much easier for the Portuguese immigrants to feel at home in their new country [1]. Another perk to this newly established community, was that it made it easier for Portuguese people to receive services and find work without having to speak much English. One may argue that this may partially be the reason why so many immigrants that have lived in Toronto for decades still cannot speak much English [1].

Wanting more proximity to their culture, the men who were working up north migrated down to the city. As a result, the city became more and more integrated with Portuguese culture, making it easier for immigrants to maintain a home away from home. Many of these establishments  can still be found in Toronto today, especially in “Little Portugal” located on Dundas Street West.

Visit of professor Manuela Marujo with students from her class from University of Toronto on March 27th-2014. Thank...