The Legend of the “Galo de Barcelos” (Rooster of Barcelos) 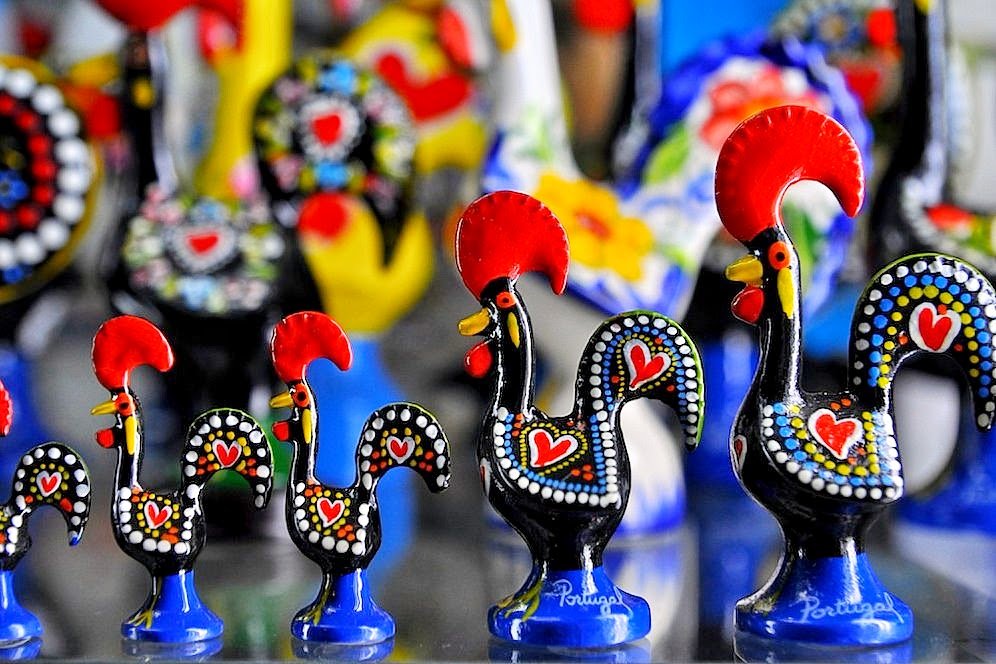 The “Galo de Barcelos” (Rooster of Barcelos) is one of the most recognized symbols of Portugal. This colourful and bold rooster can be found in many Portuguese homes, restaurants, bakeries and so forth.  The rooster is said to symbolize many things such as honour, fairness and virtue, among others [1].

Naturally, the legend varies from city to city, and changes as it is passed down through generations [1].  The legend that was taught to me as a child began with a large celebration thrown by a very wealthy landowner.  The night of the celebration a piece of silver was stolen from the landowner, which angered him enough to call official authorities to resolve the matter.  Unfortunately, at the same time, a man (often thought to be a pilgrim) was passing through the city of Barcelos near the landowner’s celebration, and was immediately accused of being the thief. The man then begged to speak with the judge who was in charge of the case. When he went to meet with him, the judge was in the middle of eating a plate of roasted rooster. The man made pleas, none of which the judge believed. He then grew tired and upset and simply stated that if he really was innocent, that the dead rooster sitting on his plate would crow right before his death. At this time, the judge set his plate aside and ordered the man to be hanged. Sure enough, minutes before the man died, the rooster sat up on the judge’s plate and began to crow.Realizing his mistake, the judge ran to the place where the man was to be hung and was relieved to find him still alive.

It is said that the man was then set free, only to return years later to build a monument of a large rooster in honour of God sparing his life. To this day, the colourful and bright rooster of Barcelos is a popular national symbol that is said to bring luck and honesty to all who have one. However, according to tradition, the tail of the rooster must face one of the doors to the entrance to your house in order for this to be true.

Khaltinaht, first wife of Portuguese Joe, “the father of seine fishing in BC.”