The Arrival of the Portuguese (Madeira island) in British Guiana 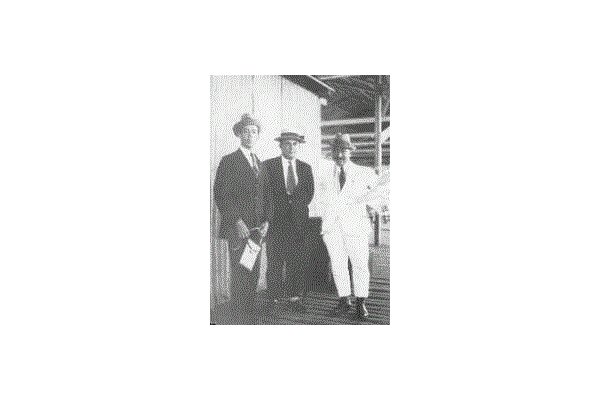 “In late 1834, a small group of Portuguese recruited from the impoverished Portuguese-owned island of Madeira arrived in Guyana to work on a sugar plantation in Demerara. Background
From the time of the abolition of the slave trade in 1807, especially during the period of the campaign to end slavery, the planters of the Caribbean and Guiana were aware of the acute need to find a substitute labour force that was both cheap and reliable to replace the soon-to-be-liberated Africans.
The planters were initially interested in seeking a labour force from Europe when faced with the realization that there would be a decreasing ratio of whites in the colony. As well as strengthened security, there would be an alternative labour force to compete with the ex-slaves for plantation jobs after emancipation and employment costs would be forced down.
After the initial arrival in 1834, 40 indentured peasants arrived from Madeira on the ship, “Louisa Baillie” on May 3, 1835. The arrivals were brought in through the private enterprise of the planters who were made aware of the great poverty and political instability in the island. The hard-pressed Madeiran peasants were most likely eager to seek their fortune in a land being referred to as “El Dorado”. By the end of the year 553 others had arrived and were contracted as indentured labourers to various sugar plantations.
The Madeiran peasants were capable farmers since they were born and bred on a small and mountainous island where every square inch of the soil was precious. Their recruitment was part of a migration scheme based on a “bounty” system. Under this system, public money, made available by the British Government, was used to pay the planters for each immigrant transported to the Colony. (…)

The Arrival of the Portuguese in British Guiana