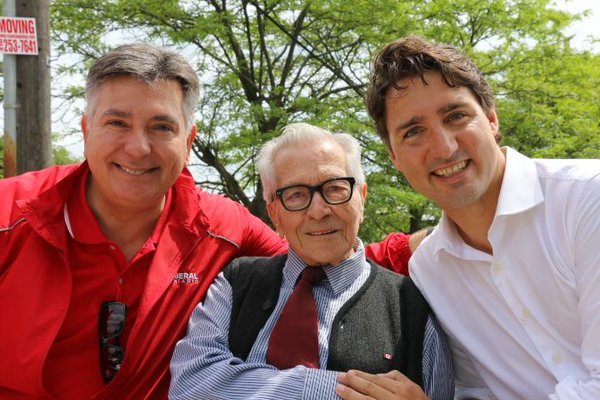 “I rise today to pay tribute to Antonio Sousa, a true Portuguese pioneer and role model to all Portuguese Canadians.

As the MPP for the riding of Davenport, the riding with the largest population of Portuguese Canadians in Ontario and perhaps in Canada, and as a proud member of the Portuguese community, I was fortunate to have known Mr. Sousa and to have seen his dedication to his community and to the community that welcomed him and his family.

Antonio Sousa was a pioneer in the truest sense of the word. In 1953, Antonio left the oppressive regime in Portugal to start a new life in Canada and was one of the first Portuguese to immigrate to Canada. A year later, his wife, Maria Antonia, and their son Julio were reunited with him in Toronto. Their son Charles, the Ontario Minister of Finance, was born a few years later.

In Toronto, Antonio founded a restaurant and a boarding house in Kensington Market, where he became the heart of the community. He worked tirelessly, helping others who immigrated to Canada to start a new life in their new country by providing them with shelter, warm meals and a network to find employment. His early involvement in the community and his work with newcomers paved the way for the Portuguese community today. A passionate member of his community, Antonio Sousa co-founded the First Portuguese Canadian Cultural Centre, now in my riding of Davenport, and the Rancho Folclórico da Nazaré. He was a big supporter of many other Luso Canadian associations.

Sadly, on August 29, 2016, he passed away peacefully. A the beautiful service to celebrate his life, Minister Sousa mentioned that on is father’s 50th anniversary in Canada, when asked what advice he had for the growing Portuguese community, Antonio stated, “… something I learned in life and always tried to convey, in my own way to many people, but especially to my children and now my grandchildren. Always do your best and always try to give generously to other that which you would like to receive.”

We are all truly grateful for Antonio’s generosity, hard work and dedication to his community. He will surely be missed. I know that his work and his legacy will live across the province as a true Portuguese pioneer.

This speech was taken from the Official Report of Debates of the Legislative Assembly of Ontario, held on Thursday, September 29, 2016.

All Aboard the Saturnia!

The Gallery of the Portuguese Pioneers has been closely monitoring the Coronavirus (COVID-19) outbreak and...