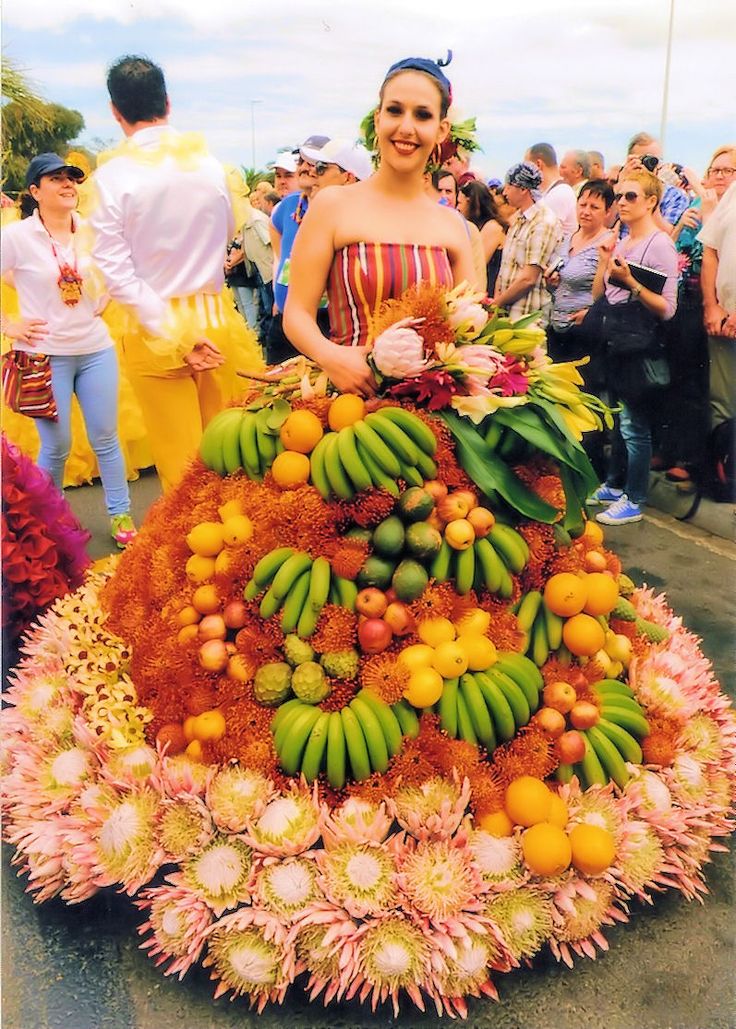 Since 1979, about a week or so after Easter, the island of Madeira hosts a large celebration called Festa da Flor (Festival of Flowers) (1). The festival celebrates the coming of spring and the blooming of flowers, the flowers representing the rebirth of the island as it overcomes its cold and wet winters (1).

The festival begins with children parading into the centre of the city to decorate the wall of hope (Parede de Esperança) with bright, colourful flowers, symbolizing their hopes and wishes for the new season (1).  After thi
s, all citizens take to the street to celebrate together, with lots of music, dancing, various foods, and a parade (1). In the evening, a number of free concerts and shows are held to attract the younger generation.

The flowers used in the festival vary in colour, shape and size, representing their own meaning to each person. Similar to Carnival (in February), some use flowers to decorate large floats and to create bright, loud costumes for the parade (1). The people of Madeira also incorporate their culture into the festival by dressing up in traditional folklore clothing (1). At the end of the parade, those with the best and most creative costumes and decorations are awarded prizes (1).

Madeira’s flower festival is said to be one of the most bright and cheerful celebrations throughout the Portuguese islands. The wide variety of flowers and festivities is said to attract many tourists each year, as they join in to celebrate the coming of Spring (1).