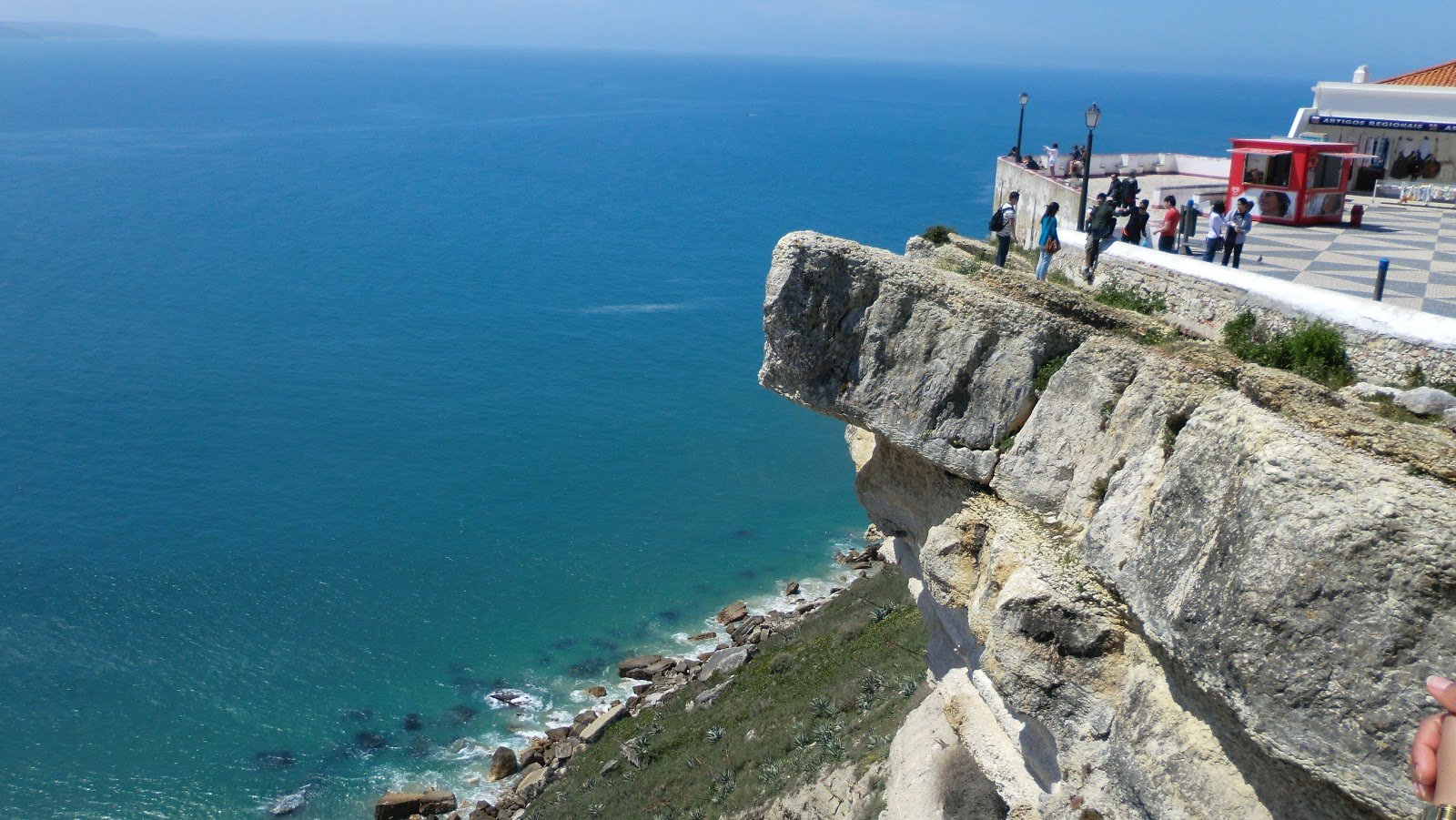 While visiting the beautiful city of Nazaré one summer, I came across this beautiful scenic cliff, which  a legendary story behind it. Locals often retell the story to visitors, and luckily, I was one of them.

The legend begins with a man who was out hunting with a few companions on a very foggy morning. While hunting, the man came across a large deer, that he was eager to catch. Immediately he began chasing after the deer and did not realize how far he had gone. Nazaré’s geographic region already had the cliff, but did not have any sort of safety system preventing people from venturing dangerously close to the edge.

Naturally, as he began galloping far away from his friends, the man began to grow suspicious of his surroundings; unfortunately the fog did not allow him to see where he was going until the last second.  The deer had led the man and the horse towards the cliff but veered off at the last second. The horse was galloping at top speed and could not possibly stop in time to avoid falling over the cliff. Remembering that there was a statue and scared chapel in the name of the Holy Lady of Nazaré nearby, the man immediately called out to her for help and sent up prayers for a miracle.

To his surprise, at the very last second, the man’s horse stopped at the edge of the cliff and he cried out with tears of joy, rejoicing the Holy Lady’s name.

Shortly after the accident, the man continued to proclaim her holy name and sent various gifts to be placed in her chapel as a show of gratitude. Similar to the legend of the miracle of roses, this legend is told throughout Portugal to this day, and used as a form of keeping faith alive within the younger generations, while also attracting tourists to the beautiful city.

PS. FUN FACT: Nazaré is also one of the top surfing locations in the world, renowned for its terrifyingly large waves.

What do Portugal and Ireland Have in Common?

The Portuguese Canadian Walk of Fame is a community organization whose mission is to honour Portuguese-Canadian...