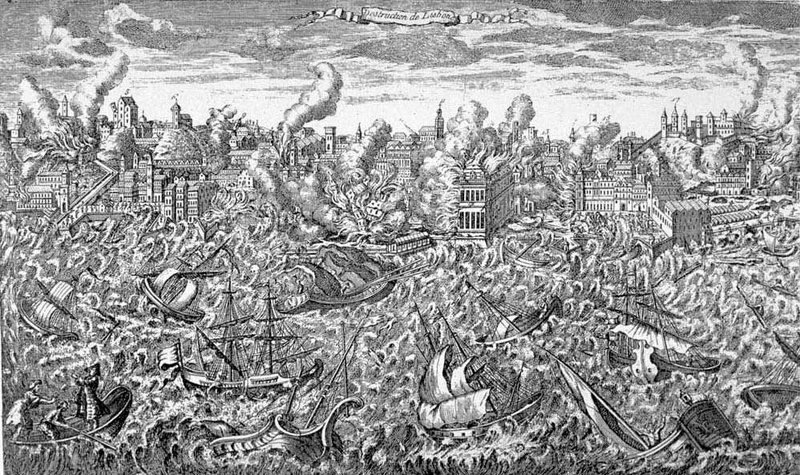 For two years, the marine geophysicist Jean Roger had been looking for traces of an old earthquake. In 1755, Portugal shook with a quake that would have topped 8.0 on the Richter scale—so large that Lisbon was leveled and the resulting tsunami wave reportedly made it all the way across the Atlantic and hit the Caribbean. But evidence proving that the wave had in fact reached that far had, thus far, been impossible to find.
As Eos reports, though, a tip from an archaeologist working in Martinique recently led Roger to exactly what he was looking for: proof of the wild reports of the power of the 1755 tsunami.
The archaeologist had come across a strange layer of sediment during a dig in the city of Fort-de-France. What they’d found was a layer of white sand a little less than half an inch thick, topped with a 3-inch layer of black sand. Based on clay shards in the surrounding layers, the researchers were able to date the unusual layers to between 1726 and 1783. The only event in that time period that could have been responsible for creating those layers was the 1755 earthquake. For more visit: http://www.atlasobscura.com/articles/1755-earthquake-portugal-caribbean-sand-layers

The following blog entry has been extracted from the booklet ’60 Years of Immigration’, which tells the...

Esperança by A. Viera Janúario