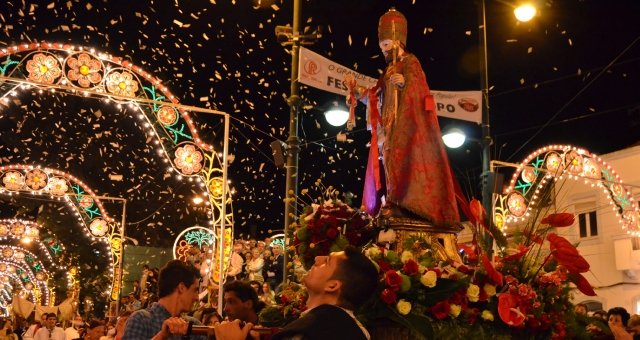 Every year, around the 29th of June, many Portuguese cities prepare for the festival of São Pedro. Although many parts of the country celebrate in similar ways, it is said that the cities of Sintra and Évora host the largest, most elaborate celebrations in Pedro’s name.

São Pedro is an important saint to the Portuguese. Several coastal cities in Portugal are known for their fisheries, and he is considered the fisherman’s patron saint. It is believed that praying to this saint helps fishermen always find their way back home.

As with many traditional Portuguese celebrations, this event is a lively one consisting of processions, smaller parades, and lots of dancing and eating. Colourful lights, streamers and decorations are also placed around the streets and city centres to liven up the festival. The celebrations usuall

y close with a show of fireworks.

If you ever plan a trip to Portugal during the summer, we recommend that you find a local festival to go to (they happen pretty much every weekend all across the country during the summer months). Regardless of what the particular festival is celebrating, it is a fun way to break away from typical tourist activities, and to experience a different side of Portuguese culture not known to many outsiders.