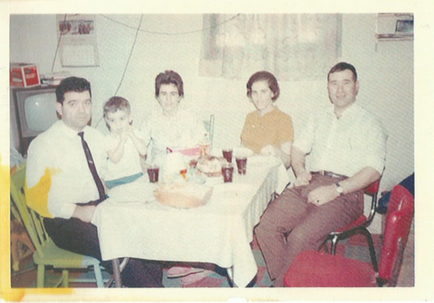 In the Spring/Summer of 1959, António Galvão and António Araújo were working as landscapers in Oshawa. After working much of the summer, and not being satisfied with their wages, they took off to work in Port Hope’s tobacco fields. They had heard word that greater fortunes awaited them there. A couple of weeks later, they were joined by José and Serafim Cerqueira, who went to work on an adjacent tobacco farm.

According to my dad, the promise of riches was slightly exaggerated; at the time they were told workers would make $700-$800 per month. My dad recollects that the most they probably made was $600, after a lot of back-breaking labour. Yet another adventure in the life of a young immigrant.

** This blog entry has been extracted from the booklet ’60 Years of Immigration’, which tells the stories of several Portuguese-Canadian immigrants who’ve settled in Oshawa, Ontario. This work was put together by David Ganhão, with the help of some friends.

International Day of the Girl, Child in Toronto, celebrated at the Gallery of the Portuguese Pioneers

Visit of professor Manuela Marujo with students from her class from University of Toronto on March 27th-2014. Thank...