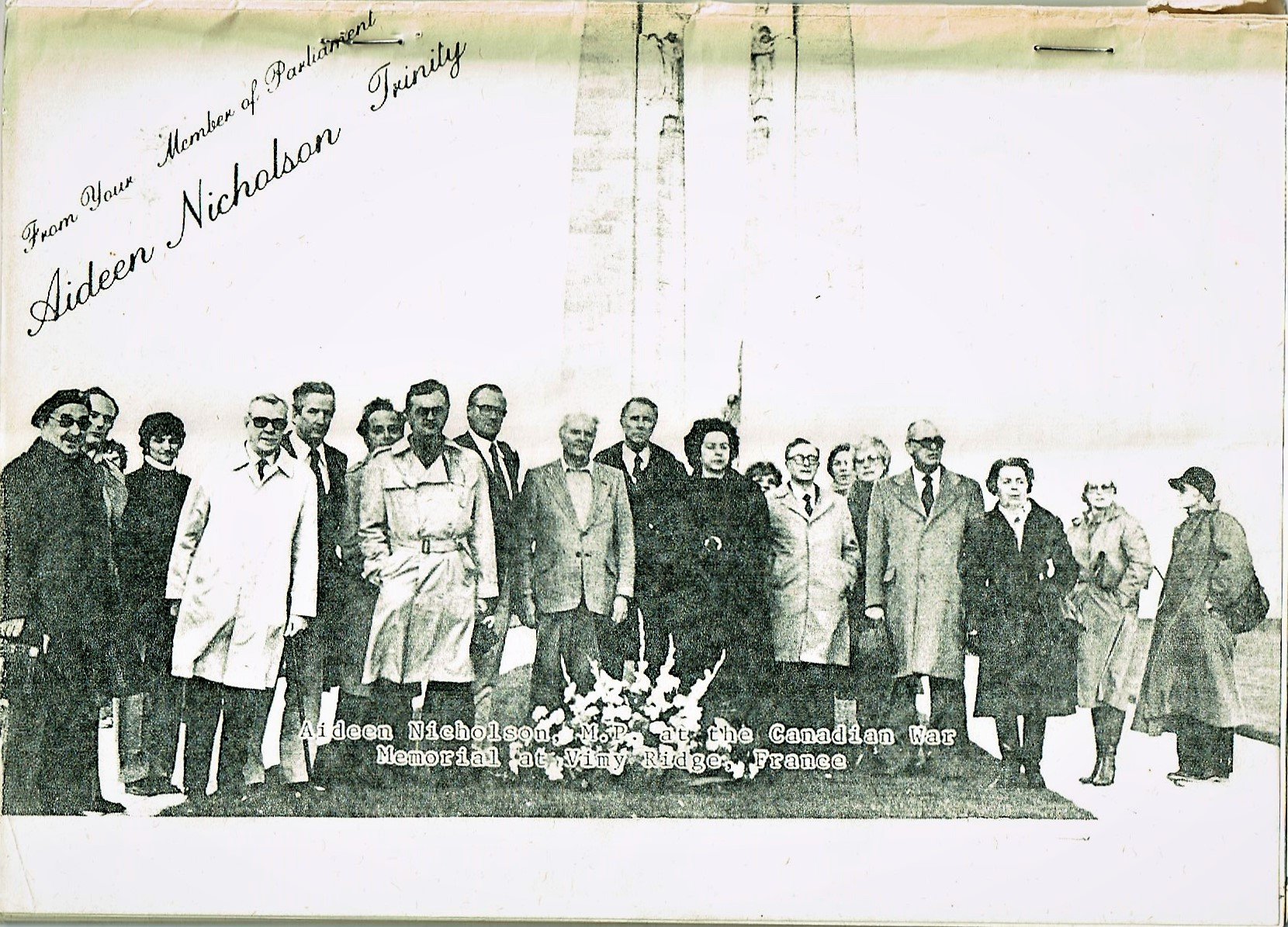 Elliot Lake’s Aideen Nicholson, a Member of Parliament from 1974 to 1988, who received the Distinguished Service Award,  which recognizes outstanding contributions to the promotion and understanding of Canada’s parliamentary system of government, was an attentive observer of the Portuguese community.”Aideen’s commitment to Canada and her community, wherever she lived, continues to be a tremendous example to others. She has always demonstrated a willingness to be generous in spirit to others. Aideen clearly deserves this award,” said  at the time Brent St. Denis, MP for Algoma-Manitoulin.

She moved to Northern Ontario (Elliot Lake) in the early 1990’s to take up residence and to become a Northerner. Her various responsibilities included Chair of the Standing Committee on Labour, Manpower & Immigration, Parliamentary Secretary to the Minister of Supply & Services, Parliamentary Secretary to the Minister of Consumer & Corporate Affairs, Chair of the Public Accounts Committee, and Official Opposition Critic for Financial Institutions. Following her post-secondary education at Trinity College (Dublin, Ireland) and at the London School of Economics (England) she pursued a career in social work and continued in this field after 1988 as a member of the Immigration and Refugee Board (1990-1996). Aideen Nicholson was born in Dublin, Irish Free State(now Republic of Ireland) and she was educated at Trinity College and the London School of Economics.

Women get in touch with their Portuguese heritage